There is hardly any other business.an as popular as him in the world. And we’re talking about actual businessmen, cold-hearted guys focused on making big money and big business. Donald Trump has turned out to be one of the wealthiest and one of the most influential individuals in America. The man even had his own TV show. So we think Donald Trump deserves his own quizzes and we have them all right here.


Questions: 13  |  Attempts: 1010   |  Last updated: Jun 16, 2020
Do You Really Know About Donald Trump Lifestyle?
The Donald Trump lifestyle is fun! Do you love it? Donald is a television personality and billionaire. His fame increased greatly when he joined American politics and won the presidential race to become the 45th president of the... 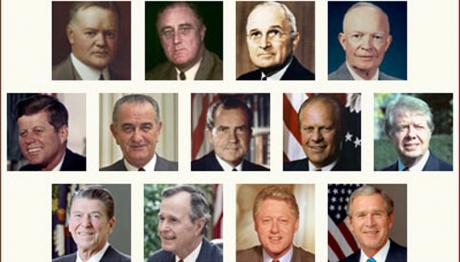 
Is Donald Trump the worst president in American history?
As far as I can see, yes, Trump is the worst president in American history and soon he will destroy the presidency. Unlike any of his predecessors, he is misinformed, a mendacious president who never make true promises. Apart from this, he always ma
Is Donald Trump bringing the US Down?
Will Donald Trump bring America down? I think there is little doubt that he already has brought the name of America down in the eyes of many countries in the world. He is regarded as holding values that cannot be admired regarding race, women, truth,
Why is Donald Trump said to be a diplomat?
A diplomat is someone appointed by a state to conduct a dialogue with one or more other states or international organizations. The main functions of a diplomat are to: represent and protect the interests and nationals of the sending state, beginning,
Why is Donald Trump afraid of Robert Mueller?
Trump sees Mueller as a dangerous foe. Mueller wants documents from the White House about several decisions Trump has made as president. Special counsel Robert Mueller’s Russia investigation is also examining whether President Trump attempted t
More


Questions: 15  |  Attempts: 40   |  Last updated: Oct 20, 2016
Trump, Bin Laden, Hitler, Mussolini, Or Skeletor?
In this quiz, you will find 31 quotes from either Donald Trump, Osama bin Laden, Adolf Hitler, Benito Mussolini, or Skeletor. Can you tell who said what?


Questions: 7  |  Attempts: 13   |  Last updated: Apr 22, 2018
Which Member Of The Trump Administration Are You?
Donald Trump is the 45th President of the United States. He has a background in business and used those skills when selecting the most business-oriented cabinet members the US has ever seem. Ready to find out which member you are?


Questions: 10  |  Attempts: 10   |  Last updated: Jun 19, 2018
What Do You Know About Donald Trump?
Before he was the president of United States of America, Donald Trump was a business magnate with the major interest in real estate and skyscrapers to be precise. It should be fun learning about the US president, you up for few...