The 100 Best Trivia Questions with Answers

Do you want a free Quiz Software?

Pros or amateurs, Trivia quizzes are fun for everyone, and they are perfect for many occasions.

Want to test knowledge? Create a trivia quiz. Want to have a fun game at a party? Have a trivia quiz session on your favorite TV series or sports team.

Aside from the fun and games sessions, imagine creating dozens of trivia quizzes every week for lead generation!

According to Right Mix Marketing, trivia quizzes are one of the best ways of engaging your audience since they arouse curiosity and make them eager to prove themselves.

Creating and playing a trivia quiz is easy, but it takes a lot of time to come up with the right questions that people would love to attempt.

When it comes to trivia quizzes for lead generation, you have to quickly choose a mix of easy and hard trivia questions interesting enough to get the audience hooked on till the end. At the same time, you want to get your facts right and choose the ones that will appeal to amateurs and experienced quiz takers alike.

So, we've listed down the 100 most amazing trivia questions to add to your quiz from the top 10 most popular quiz categories. We've chosen the questions based on their popularity, ease, and how interesting they can be for quiz takers.

Taking these ultimate sports trivia questions can help build the strongest sports know-how - exactly the kind of quiz that all sports buffs will like.

2. How many feet separate the stakes in a game of horseshoes?

3. What is a golfer said to have, if he is entitled to tee off first?

4. In what sport would you use a pen grip to hold your sandwich bat?

5. Who was the Pittsburgh Steelers coach from 1969 to 1991, the first coach in the history of the NFL to lead a team to four Super Bowl victories?

6. What world champ was the first figure skater ever to star in her own video game?

7. Which famous fighter appeared in the film "Requiem for a Heavyweight"?

8. Which auto racing term is defined as "the signal for a driver to come into the pits"?

9. Which bowling term is defined as "movements and contortions of the body intended to steer the ball"?

10. Which golf term is defined as "the putting green"?

Watch: How to Generate Leads With Lead Quizzes & Grow Your Business 10x

Do you want to test your tech vocabulary, have a geeky game night, or build quizzes for your website's tech-savvy audience? Choose from this list of technology trivia questions.

1. What has facilitated the easy access to information to so many of us?

2. What has Microsoft technology designed to allow an easy combination of HTML, scripts, and ActiveX?

3. Which security group grew out of the chaos caused by the Morris worm?

4. What is the name of the Apple OS X email client?

7. Which browser employs a built-in spell-checker for text boxes?

9. What organization accredits Top-Level Domain or TLD registrars on the internet?

These are some science questions that'll compel your audience to dig deep in their minds. Use them to create an amazing science quiz.

1. What happens when a scientist's expectations change how the results of an experiment are viewed?

2. What is the mass per unit volume of material called?

3. Name the factor that affects the measure of another variable as it changes.

4. In science, what word means a smaller representation of an object or event?

5. Which scientist did research with peanuts and helped southern farmers?

6. What is the freezing point in Fahrenheit?

7. What are the two major elements making up the sun?

8. What is the speed of light in a vacuum?

10. Which scientist explained the concepts of gravity and motion? 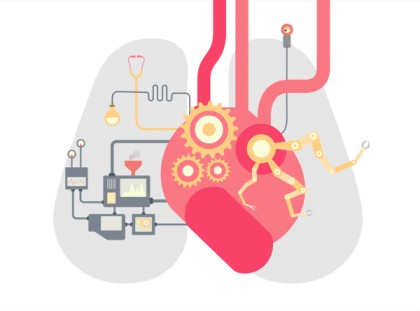 How much do we really know about health? These trivia questions focus on the basic health IQ & healthcare systems in the world.

1.The African nation of Benin is located in which imaginary "belt" where meningitis epidemics are common?

2. A nutrition label will base the information on how many calories per day?

4. Which organ is responsible for regulating metabolism?

5. Which new fitness trend from Oslo debuted at the IDEA World Fitness Convention in August 2011?

6. Food energy is expressed in what form?

7. Which Switzerland-based organization monitors health around the world?

8. What is the typical heart rate in a healthy adult?

9. What did rural residents in Zambia initially do with the distributed mosquito nets?

10. What watch-like fitness-calorie-sleep tracking device did Hitachi unveil at a 2011 Tokyo health fair?

Go on a tour around the world with these Geography trivia questions. See how much you know about different countries & their capitals, cities, bodies of water, mountains, and landmarks by answering these questions.

1. What metropolitan area, not bordering a body of water, is the largest in the world?

2. What city lies on the western shore of the Caspian Sea?

3. What sea does the Jordan River empty into?

4. What is the largest island in the Mediterranean Sea?

5. The Kaliningrad Oblast borders which body of water?

6. Which country has the fewest people per square mile?

7. The Hanging Gardens of Babylon are located approximately 50 km south of which Arab Capital?

8. What is the second deepest depth in the world?

9. Which country is known as the "Hashemite Kingdom"?

10. What is the capital city of Mauritania?

These questions revolve around some of the most famous literary personalities and their work. These Literature Trivia questions are perfect for book lovers and those interested in knowing the stories behind what they read!

1. The Haiku, a three-line poem that utilizes images from nature, originated in which country?

2. Who wrote "The Scarlet Letter"?

3. "Crime and Punishment", "Anna Karenina," and "Dr. Zhivago" all belong to which kind of literature?

4. "And that has made all the difference" is the final line in which Robert Frost poem?

Answer- The Road Not Taken

5. Gregor Samsa is the main character in which of the short stories by Franz Kafka?

6. In Edgar Allan Poe's poem "Annabelle Lee", where is the subject's kingdom located?

Answer- By the sea

7. This George Orwell novel begins with the words "It was a bright cold day in April". What’s it called?

8. In "The Wasteland", which month does T.S. Eliot called "the cruelest"?

9. Which Spanish-speaking writer was executed under Generalissimo Franco's regime?

Politics is a hot topic, especially on social media these days, where debates take place at the drop of a hat! It makes sense to strengthen your political know-how with these political trivia questions from world politics before you dive into a discussion.

1. Theocracy is a government recognizing whom as the supreme civil ruler?

2. Anarchism is a political movement that rejects all what?

3. Robocracy is based on the concept of government by superior what?

4. What is the birth name of Yugoslavia President Tito?

5. Which Mexican political party was voted out of office in 2000?

6. What year did Lech Walesa become president of Poland?

7. What bill did Obama Veto?

8. Who is the longest-serving president in the world?

Answer- Teodoro Obiang Nguema Mbasogo, the President of the Republic of Equatorial Guinea since 1979.

9. Which German political leader was known as the "Iron Chancellor"?

1. Who established a normal school?

2. Which exam deals with reading, writing, and math?

3. Where was the first normal school location established?

4. What is considered an average for an IQ Test?

Answer- The art and science of teaching

7. What term for an institution of higher learning comes from a Latin word meaning "the whole"?

8. What does NJEA stand for?

9. What views intelligence as ability-focused, finite, and determined at birth?

10. Who developed the concept of Montessori Education?

Believe it or not but being a foodie is a passion that many pursue these days. Just check out the next Instagram post that shows a yummy pasta recipe! People love taking food quizzes and can have a great time answering the following food trivia questions to learn some of the most bizarre food facts.

1. How many calories does a bar of chocolate have?

2. Which of these is in the vegetable group of the USDA 2005 MyPyramid?

3. In culinary terms, what is one half of the body of an animal called?

4. In what form can food contamination be?

5. What does the skin of the grape contain?

6. What kind of fats should an average person avoid if they are following USDA guidelines?

7. Focaccia al Rosmarino is a food item of what type of cuisine?

8. Pancakes are a food item of what type of cuisine?

9. Discretionary calories make up what part of the food pyramid diet?

10. What's the country of origin of French Fries?

From fishes to the Philippines, soldiers to explorers, try these general trivia questions at your next game night.

1. Which Spanish Explorer searched (in vain) for the seven cities of Cibola?

2. The cargo ship, SS Culross, was originally called what?

3. Who is the author of the classic horror novel Frankenstein?

4. What types of government did ancient Rome go through?

5. Which is the fastest fish in the sea?

7. What does UAV stand for?

9. Andy Warhol is well known for making a film (called "Sleep") of his friend sleeping. What’s the duration of the film?

These were the top 100 trivia quiz questions you can use to create lead quizzes that go viral online. How many of those questions were you able to answer correctly? I answered quite a handful myself!

Also, here are 25 Most Popular Quiz Categories and Quizzes that you can check out!

Want to check out more amazing questions? Head to the ProProfs question library and explore over 100,000+ questions.

What's more, you can even create your own trivia quiz with the ProProfs Quiz Maker. It is super easy-to-use. Add a picture to your quiz or an interesting background to match its theme, add different types of questions, and more to build quizzes that your audience would love to play and share.

Get on the ProProfs lead quiz band-wagon today and start creating engaging trivia quizzes with ProProfs.

Do you want a free Quiz Software?

Kamy is an eLearning & training expert. He has been published in eLearningIndustry, TrainingMag, and YourTrainingEdg. As a corporate trainer at ProProfs, he has been instrumental in building an awesome eLearning management system that has simplified learning and training for thousands of customers across the globe. Follow Kamy @kamyanderson

Previous Maine Sexual Harassment Training: Everything You Need to Know
Next 7 Key Features to Look For in Online Training Software 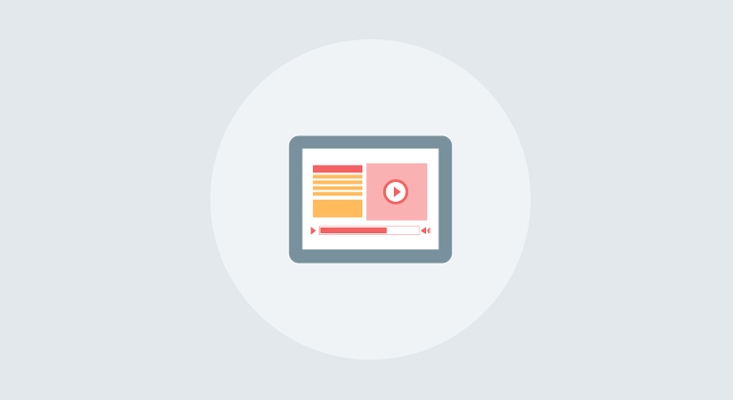 Training Virtual Teams: How to Manage It Effectively

How to Create a Graded Quiz for Your Online Course 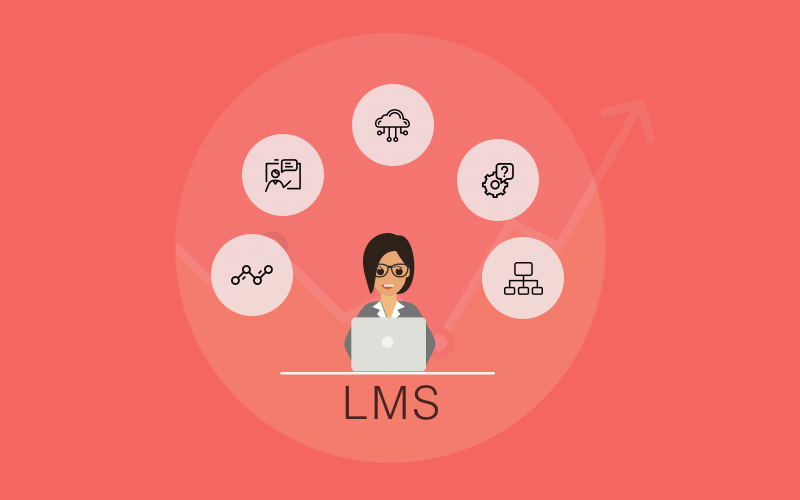 The Importance of Data Reporting in Learning Management System