Don't ever get bored again with these exciting video game quizzes online to keep you company. With awesome questions that test the game buff inside you, each and every video game quiz that you play will take you one step closer to being the master of the game quiz world.

If you think you know the answers to any game, then dive right in and attempt to win. You can either come out on top, or be 'it'. The choice is yours.

Build your knowledge with video game quizzes created for a variety of topics. You name it and we have it all. What’s more, you can create new quizzes on topics of your choice and share them to see who the real game master is.

What Type Of Video Game Should I Play?
Are you stuck trying to decide on what video game you should play? Take this quiz and discover what game genre you are in the mood for playing, and we will also provide some suggestions!


Questions: 10  |  Attempts: 61789   |  Last updated: Oct 24, 2019
Video Games General Knowledge Quiz!
Playing video games is an excellent way to stimulate your mind; however, if done without control can cement your title as the bum of the house who never gets off the sofa to interact with people. Are you a video game fanatic and...


Questions: 10  |  Attempts: 19882   |  Last updated: Nov 15, 2019
Quiz: Video Games
Video games are one of the most overlooked forms of media in the world. They are versatile to no end, given some can be fun and great for passing the time while others boast stories akin to some of the best movies and books...


Questions: 9  |  Attempts: 12956   |  Last updated: Nov 2, 2017
What Type Of Games Should You Play?
Are you thinking about getting into computer games to eliminate your boredom? Then you need first to find out what type of game will interest you the most. Certain games may seem entertaining to some but might be boring to...

The Legend Of Zelda Quizzes

What Video Game Character Are You Quizzes

The Legend Of Zelda The Wind Waker Quizzes 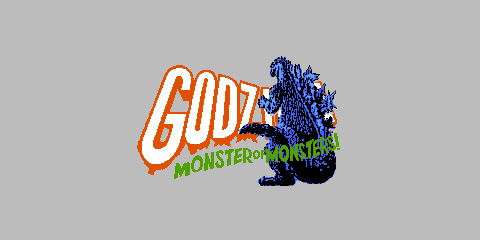 Bendy And The Ink Machine Quizzes

The Vanishing Of Ethan Carter Quizzes

Theseus And The Minotaur Quizzes


What is the difference between Mega Man and Mega Man X?
The Mega Man universe is one of the world’s famous and adored authorized action game in the history of video games. Mega Man is a machine-like robot, which resembles a man, that was created by the scientist, Dr. Thomas Light, to battle damaging
What is the difference between NHL 08 and NHL 09?
NHL 08 and NHL 09 are two examples of video games by EA sports. Both have a lot of things in common. Both can be played using Windows, Xbox 360, PlayStation 2 and PlayStation 3. One of the major differences between NHL 08 and NHL 09 is that, NHL was
What glitches can I exploit in PUBG mobile?
There are a bunch of addictive games as the likes of Pubg. For a gaming freak, there is a lot of glitches to exploit, similarly if you play Pubg here are few you can experience: Motorbike Glitch - When riding the bike it may start to roll over. It
How many Zelda games are there in total?
1. 16-[nes] the legend of zelda (1986)[nes] zelda ii: the adventure of link (1988)[snes] the legend of zelda: a link to the past (1992)[gb] the legend of zelda: links awakening (1993)[n64] the legend of zelda: ocarina of time (1998)[n64] the legend o
More

Most Popular
Recently Updated
Which Saints Row Gang Member Are You?
Saints Row is a very captivating game that lets you be the leader of different gangs and each of them has a leader who is suitable for their end game. Have you had time to play it? This simple quiz will determine what gang you...


Questions: 9  |  Attempts: 4532   |  Last updated: Aug 6, 2019
Blitzkrieg Demo
This is a Demo Test to check the Online Test Environment. Participants can take this Test as many times as they wish.


Questions: 10  |  Attempts: 3302   |  Last updated: May 10, 2016
Which Dreadball Team Should You Coach?
A quick quiz to help players decide which Dreadball team they might like to consider playing based on their own choices.


Questions: 6  |  Attempts: 1026   |  Last updated: Feb 14, 2013
Which Dawn Of War 2 Race Are You?
Dawn of War is one of the many forms of the game Warhammer. This version of the game features many different races, including Tyranids, Orks, Space Marines, and others. Take this quiz to find out which race you belong to.


Questions: 12  |  Attempts: 621   |  Last updated: Jan 11, 2013
Angry Video Game Nerd Quiz
Those of you who follow YouTube gaming will know Angry Video Game Nerd as an American retro-gaming web series in which James Rolfe delivers his commentary on games from days gone by which he feels weren’t great. What do...


Questions: 3  |  Attempts: 477   |  Last updated: Jan 3, 2013
Five Nights At Freddy's Game Trivia Quiz
This is Five Nights at Freddy’s game trivia quiz that is designed to introduce one to the game. You may have heard about the game from your friends, but before you actually play it there are some things you should know and...


Questions: 5  |  Attempts: 319   |  Last updated: Feb 19, 2013
Which Video Game Reviewer Are You?
With all these video game reviewers out there on the interwebs, it's hard to associate who you'd most likely to be like should you ever want to become one.Well with this handy quiz, you'll find out which video game reviewer...