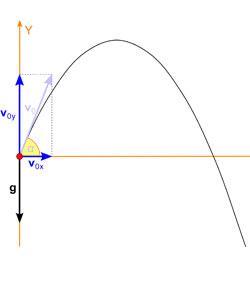 This assessment will become a part of the body of evidence used to determine your grade. In other words, doing well can improve your grade and doing poorly can lower your grade.

Questions: 20  |  Attempts: 1213   |  Last updated: Jan 29, 2013
9.1 Projectile Motion
9.1 Projectile Motion
This is the projectile motion questions which is from the screencast.  It is broken into more parts with more details (8 parts) and you should put aside at least 20 minutes to be able to complete it.