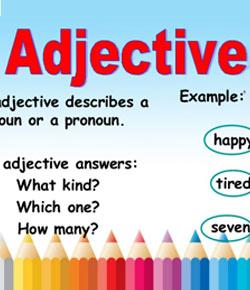 You will practice gender adjective agreement. Type the correct form of the word. Remember from your notes, everything must agree in gender and number.

We have other quizzes matching your interest.
What do you know about agreement or concord?
Start