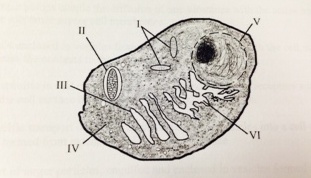 This Chapter 4 online quiz has 15 multiple choice and then a labeling section for the cell. You will have 90 minutes to complete this quiz and it is due by the end of the day on Sunday (11:59pm)