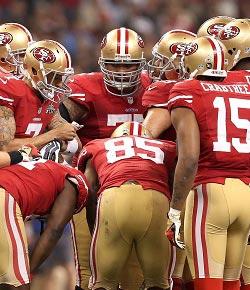 The San Francisco 49ers are an American football team which plays in the National Football League (NFL) and has an impressive track record in the sport, winning five league championships with five wins on the grand stage of the Super Bowl. In the following quiz, we’re going to take a look at this wonderful team and see what you can tell us about it! Answer the questions to find out!