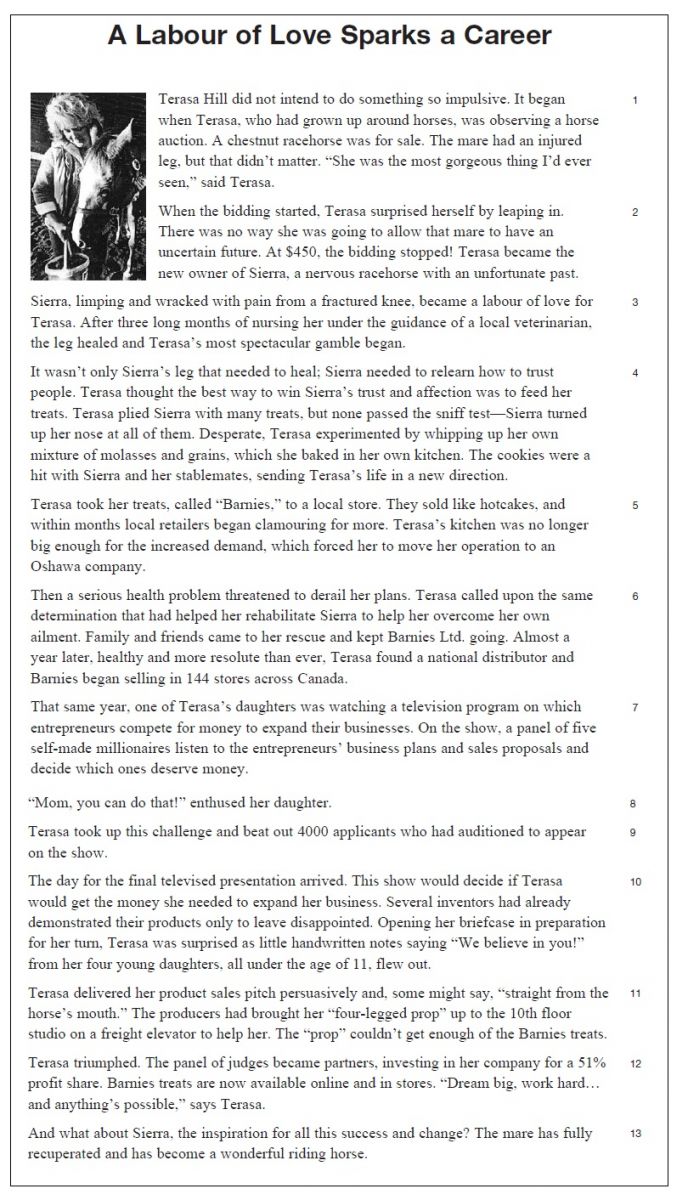 This practice quiz is designed to help you prepare for the Ontario Secondary School Literacy Test which will take place in April, 2013. The multiple choice questions focus on the reading skills required in school and daily life such as understanding explicitly (directly) stated ideas and information, understanding implicitly (indirectly) stated ideas and information and making connections between information and ideas in a reading selection and personal knowledge and experience. Check www. Eqao. Com for more information. You will continue with preparation for the OSSLT in September, 2012 with your classroom teachers and your school literacy lead.


Questions: 33  |  Attempts: 9216   |  Last updated: Mar 22, 2022
How Visually Literate Are You?
How Visually Literate Are You?
Knowing how to read and write makes you literate in the traditional sense of the word. But in an increasingly visual world, being visually literate is almost as important. With language, literacy is based on our ability to...