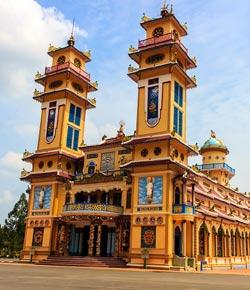 The historical quiz created is asking questions that have been covered throughout my lectures. Students should be able to efficiently answer all questions.


Questions: 51  |  Attempts: 792   |  Last updated: Jan 15, 2013
How Is Vietnam In Your Eyes?
How Is Vietnam In Your Eyes?
The socialist republic of Vietnam is an Asian country with a population of about 90 million in 2018. Vietnam is bounded by China in the north and was colonized by France. The has rich diversity as established by the presence of 8...