The Blind Men And The Elephant 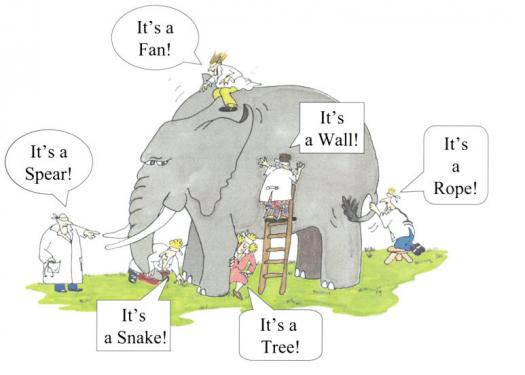 Show what you have understood from the story. You can take the quiz twice, so make sure you read the explanations of each questions after you have submitted your answers. This will help you do it better for the second time.