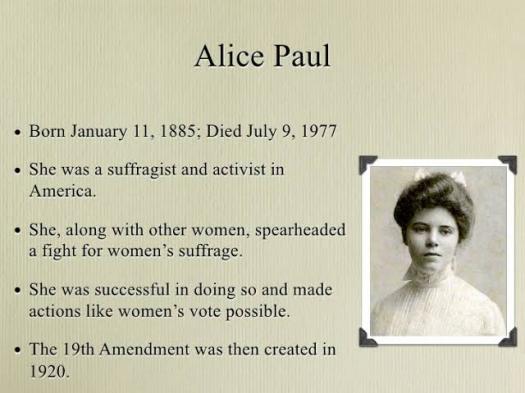 Alice Paul was a suffragist and feminist. She became head of the National American Woman Suffrage Association's congressional committee, and she was also jailed three times for her suffragist efforts, Paul later received her (LL. B) from the Washington College of Law at American University in 1922. Take this quiz to learn more about Alice Paul.