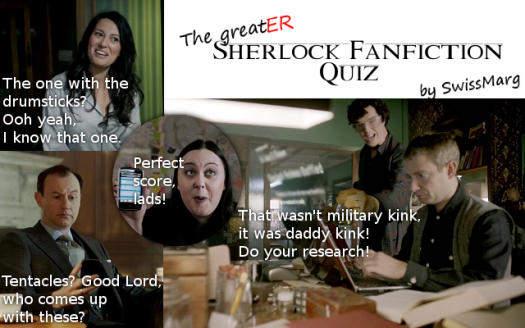 50 questions about popular Johnlock fics that will test the limits of your fic knowledge and beyond - authors, summaries, AU’s, crossovers, genres, and kinks galore!


Questions: 66  |  Attempts: 2662   |  Last updated: Mar 21, 2022
Which Sherlock Are You?
Which Sherlock Are You?
Sherlock Holmes has been portrayed countless ways by many wonderful actors. Which do you have the most affinity for? Basil Rathbone? Benedict Cumberbatch? Robert Downey Jr.? Or yet another? Take the quiz and find out.