How Strong Are Your Relationship Skills? 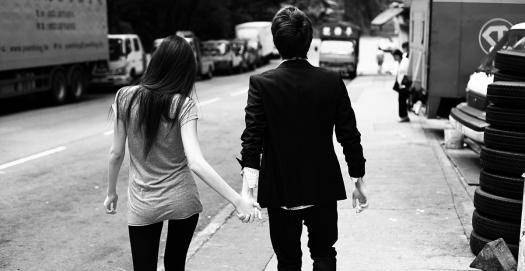 Are you a good candidate for dating, or being in a relationship with someone of the opposite gender? How well do you handle relationships?

I hate to break it to you, if you're not already aware (which you probably aren't, but that seems impossible...): you are too insecure overall when in a relationship with another person. You have a hard time trusting whoever you're involved with, even if you have no real proof that you should doubt them. You want to believe and dive in head over heels, but you find yourself unable to actually make the jump off that extra high-dive. You carry your scars from past relationships in which you were hurt by someone with you into new ones, which is both unfair and basically guarantees faillure. You need to work on letting go of the betrayals that are in the past, giving those you become involved with in the future a chance to have a successful relationship with you. You have probably held back, passed up and missed out on one or more potential partners that would have been compatible for you, because of your insecurity and the fact that you tend to be highly sensitive and a little too emotion-based at times. It's good to follow your heart, but you have to find a balance between listening to both your heart AND your brain. Because you are volatile emotionally, struggles and problems with partners likely persist and it may seem like you enjoy very little gaps of time in which things go smoothly, with very frequent patterns of issues which take up longer spans of time between these. Relax, put extra concentrated effort into giving new people the benefit of the doubt until you have a reason to suspect them of being deceitful, and remind yourself that it is OKAY if everything seems to be going well, drama is not necessary for the sake of having drama.

You are probably fairly timid overall, though you likely have a rather great capacity for anger and resentment if pushed in their direction long enough by any one person. You are probably pretty level-headed most of the time, and your anger is usually targeted towards those who have done legitimate wrongs to you, and repeated them enough that most people around you would agree that your negative feelings are reasonable. You are pretty emotion-based, but you have a strong sense of logic and use your brain when evaluating things as well. More than likely, your biggest struggle in relationships is your self-centeredness, which you are probably not aware of. You have a hard time seeing the duality of a problem you encounter with a partner you're in a relationship with. You tend to focus on what your partner has done wrong or are more keen to their shortcomings than you are to realize how much your own actions have contributed to a problem. Because of this it is easy for you to slip into victim-mode, which makes it even more difficult to make a fair judgement of your own actions and how responsible you are for the problems you have with your partner. Feeling like you are the victim of someone you are in a relationship with leads to resentment quickly, and that will create the obstacle of growing apart from someone. Oftentimes you may find yourself closing yourself off to a partner who you feel has made you a victim by their actions (or lack thereof) and this can mean growing apart from someone and never being able to reverse the loss in closeness. A helpful approach for you to try would be stepping outside of yourself and viewing your partner's actions with the assumption that they are all reactions to outside forces, and realizing that the things that you do (or don't do) are among those. Try to walk in their shoes, see where they are coming from and how much they could be acting in response to whatever you're putting out from your end. Keep an open-mind. Always try to communicate with someone when they upset you somehow first, rather than immediately becoming bitter and shutting off to them. This always has a better chance, and will either produce more desirable results or help you realize that you will not be happy staying with someone much sooner than you would figure this out otherwise.

You like simple relationships with people. From friends, to lovers to anyone you are involved with in any way. This does not mean you are a simple person, but that you avoid dramatic scenes whenever possible and feel little concern for others or the feelings of others, mostly because you try your best to ensure you won't end up in any situation where much concern is necessary. Although there is nothing really wrong with this, it is important that you are honest about your wants and needs, expectations, and your ultimate goals. You run into the most problems when you are dishonest with those you become involved with, letting them believe that your relationship with them is headed in a direction that you do not truly have any interest in or even going as far as leading them to believe this, or things similar to this. You won't have much success if you go this route, because it is merely buying yourself time before you will inevitably be forced to sort out the issues that will occur once your insenserity becomes apparent to your partner. It is very likely that you are most comfortable in one-dimensional relationships, those that require the least comittment and investment of any sort. You may be very kind, fun to spend time with, probably seem down-to-earth and relaxed, because you probably are. But if you become involved with someone in any type of relationship, it tends to be because that person satisfies a single desire/need rather than several at once. There's a good chance you have one best friend that's been in that role for a long time, and one family member you know better than the rest because you connect on some level with them best and always have, one role model that you held in esteem for your own reasons. For the most part, you don't really spread any particular kind of your attention out over several different people. You like the concept of finding someone that takes care of you in some way, that feels you do the same for them, and if you are both happy in the end, you do not look elsewhere for another to do for you what is already being done well enough to your liking. Best thing to keep in your mind at all times is there is nothing about your approach to relationships that you should feel ashamed of, so there is no reason to hide or be in denial of it. Be honest with yourself, and with those around you. Remember that even if you prefer to keep things uncomplicated and stick to the surface (you have probably been called 'shallow' at some point, by others who know you) that many people seeking a relationship do NOT share your viewpoint and require something much different. Don't try and force yourself to feel deeply for someone if it doesn't come naturally. It won't happen. Just do your best to have basic respect for everyone as a person, and honor that by making sure that those you involve yourself with are aware of things and are accepting of you before you make any moves.

You probably have a long history of relationships involving abuse, whether you were the target or the abuser, or the abusive behaviors were mutual. You don't go very long in between relationships, because you're likely terrified of being alone and without someone, even if your partner is hurting you or you know that you're hurting each other. Depending on how long you've repeated this pattern, you may even be so aware that a relationship is unhealthy that despite whatever negative effects you have on one another, you still prefer to remain in a relationship. Any outside observations, from friends or acquaintences or concerns from your family are either heard and taken to heart, but not heeded or discounted and cause you to become defensive, even perhaps go as far as cutting off communication with someone you know if they continue to point out how harmful your relationship is to you, your partner, or both. You become way too comfortable being with someone that you are not happy with the majority of the time. For the bad to outweigh the good seems normal to you. Whether you realize this or not, your idea of what a relationship is and how people are treated within them is highly disfunctional and you don't remain with someone abusive because you want to. You do it because you have nothing to compare it to. If you were to take a step back and really look at each of your relationships with others, you would see very similar pictures formed by each and every one of them, with only very mild variations from one to another. You are afraid of being alone because you never have been, not because there is anything real to fear. You can't know this until you take a step in the direction of independence, because whoever you have been with at a given time has taken on the responsibilities and duties and provided for you in the areas in which you are weakest, and you have done exactly the same for them. In all liklihood, your weaknesses are the strengths you look for when seeking your partners who then make up for them once you are together. The same goes for anyone that ends up with you. Their weaknesses are your strengths, the things that you are naturally good at providing and supplying and they seek you to pick up their slack as well. You and anyone you become involved with are codependent. In a healthy relationship, dividing up the necessary tasks and responsibilites between partners in a fair and balanced way is normal, necessary and positive. The key to this is that both partners in a healthy relationship are entirely capable of fufilling ALL the necessary aspects that they work at doing together as a team. They have both been alone prior to being together, and during that time they took on eveything on their own that they then take on together. If they were to separate, they would resume in a way similar to how they were when they crossed paths. They do not need each other to make up for their own inadequecies, but rather they compliment and strengthen one another by working together for as long as they both maintain a certain level of equality and happiness. The difference for you and your partners is that neither of you have ever actually been responsible for those things which you find better handled by another. You lack the experience and skills necessary to function without your "other half" to take over when something has to be done which takes you outside your comfort zone. Your biggest concern should be working on yourself. It will be incredibly difficult to take the first step towards this, but after that it will become easier and easier. Ending this kind of relationship and preventing yourself from using others as a crutch in the future is like quitting a powerful drug. It can be done, but it will take a lot of work and you absolutely have to be ready.

We have other quizzes matching your interest.
Should I end my relationship quiz
Start