Who Are You, In Fantasy? 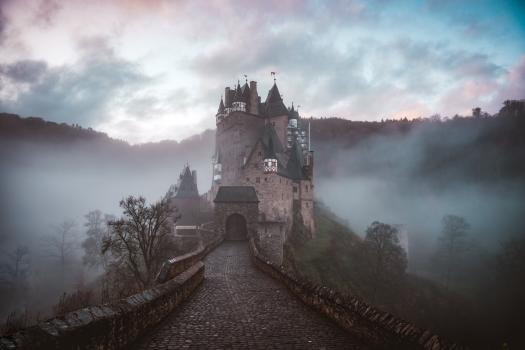 Well? What are you waiting for?

You are Corelia Looks: Long brown silky hair, very graceful, light blue eyes Powers: Invisibility, flight, mind reading (telepathy), moving objects with mind (telekinis (moving objects with mind), teleportation, time travel, talking to animals, and stopping time.  You are an extremely powerful teenage girl. When you were two, and your powers first started to show, your parents were terrified and angry, and threw you out. You grew up in the forest, eating berries and bathing by the lake. You made dresses out of flowers and leaves. You didn't know anyone, and didn't really understand that anyone but you existed. You lived with the many animals in the forest, and talked to them. They could understand you. You could understand them. You soon came in more control of your powers. You decided to go out into the world, while invisible, to see it for yourself. You flew over many countries, and realized there were people other than you. You loved reading their minds and finding out their stories, though nobody every saw you. After seeing the world, you realized what horrors bestowed it. So you traveled the world, never talking to another human sole, but saving people, and defeating enemies, who didn't know you existed. To this day, nobody knows of you. But you are content, and gracefully dance each day away

You are Casny! A warrior. You fight against five headed dragons, thousands of vipers, evil people, and horrible natural disasters. You fight with your tribe, but you are the alpha. You use your strength, your bowen arrow, your lasers, and all of the other weapons you have. You fight from dawn to dusk, and all through the night. You fight like your life depends on it; because it does. And if someone is mean to you? They're killed. Your not afraid to stand up. You're not afraid, period. You are Casny. World known warrior. You are strong. Brave. And powerful.

You are Flokorm. A tiny gnome three inches tall and two inches wide. You are over four thousand years old, still quite young. Your kind live up to 1,500-2000. You have one blue eye and one yellow. You go to school every day and study hard. You are very grumpy, but do love making healing potions, ointments, rubs, and thing-a-ma-bobs. When you're not at your school which is three hours a day, your at home with your tribe, which consists of about thirty other gnomes. There's papa gnome, and mama gnome, and brother gnome, and sister gnome, grandpa gnome, grandma gnome, the other grandpa gnome, and the other grandma gnome, auntie gnome, uncle gnome, baby gnome, big sister gnome, all the cousin gnomes, first, second, third, and fourth, and then the gnomes of which aren't related to you, but whome you've known all your life. You and your tribe are very close, and stick together, but also like to see other tribes sometimes. You work hard, play hard, eat hard, and sleep hard. Actually, you eat breadcrumbs and giant pieces of tortilla, and sometimes broccoli bits or onion peals too. You drink pine sap and drops of milkshake, and bathe in dew. You sleep on leaves, with a moss blanket, and you love your little wooden twig home where all your tribe lives, though you spend most of your time outside. Good luck, little Florkorm, in the rest of your life.

You are Saral. An eight year old girl. When you walk to the forest to play one day, you stumble upon a leaf that's almost golden and glowing. You pick it up to get a closer look, but the second you touch it, everything goes black.  Next thing you know, you're in a hospital room. You come to your senses, and ask what happened. Your mother tells you you've been in a coma for three months. Worried, you ask to go home, and the doctors let you. You can't stop thinking about the golden leaf. Your life starts to go back to normal. Before you know it, you're in high school, with a group of friends, a boyfriend, good grades, a nice home, and a happy life. But the leaf keeps bugging you. You decide to go to the forest again to see if you can find the glowing leaf that you remember so clearly. You go to the same spot where you found it before (this time knowing not to touch it), and look around. You see no glowing leaf. But, you do see a leaf in the same shape as the one you know oh so well. It looks the same, except it's black and shriveled, and looks burned. You are sure it's the same leaf. Taking a big risk, you touch it. You feel very cold for a few seconds while everything else feels fiery and warm. You don't know what's happening, but then, out of nowhere, a strange woman with dark black hair and wrinkles appears. She looks kind, and explains to you that the leaf has power.  One hundred years ago, when she was only five, she found a leaf that she loved because of the pretty red and green colors. She took it home, and held on to it while she slept. Three years went by. Her parents soon noticed that the shy, sweet little girl they once knew had now become confidant, stubborn, and seemed much more...powerful. Soon, she realized that she could run faster than anyone in her class. She was stronger than them, too. But most of all, if she concentrated hard enough, she could make things happen. Make her mom forget she had math homework. Make small branches fall from trees. Make people forget slightly rude things she had said. She felt alone, and scared, and kept this power to herself. As she grew, so did her power. So much so that at age twenty, she started to like her powers. She helped people, and made life easier for them (and herself). Her powers grew strong and stronger and stronger. She no longer feared them. She valued them. Then, one day, at age thirty, she realized it must be the leaf that she used to sleep with. She still had it on a jar by her bedside table. So she took it out, and tried her hardest to put some of her powers in that leaf, so one day, another person could find it. She focused on doing it so hard that her mind almost exploded. But she gave the leaf half her power. Then she waited for someone to find it. She knew that all the magic would leave it if she used magic to get someone to come to the leaf, or even told anyone about it. So she put the leaf in the forest. It was a glowing gold color. She waited for seventy years for someone to find it and have all the luck she did. And someone finally did. She explained that this was you. You found the leaf, but there was so much power that it knocked you out for three months. She apologized for that, but explained to you that you now have powers! You are so exited. She starts to teach you. You tell your parents that you like to go to the woods and meditate, but really you come for a few hours every day and get taught how to control and use your powers, and even how to make them stronger. The woman trains you, and helps you all she can. You practice fighting, too, using your powers as weapons. Five years later, the woman tells you that you are now ready to fight evil. So you take down bad people, and save the good. You use your powers to important things. And this, my friend, is the story of Saral, a very powerful girl. But this is only the beginning.

Your name is: Axel  Your powers are: Shape shifting, super speed, super senses, super strength, force feelds, elastic body, breathing under water, fire powers, and ice powers.  You can turn into any animal or person or object. You stick with a group of your friends who are also magical. You are evil. You hunt down people. You love your power.

We have other quizzes matching your interest.
Alpha, Beta, or Gamma Male Quiz!
Start