Which Character From Courage The Cowardly Dog Are You? 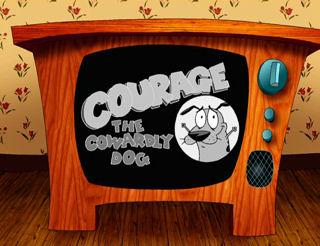 This famous 90` cartoon about the adventures of a cute, scared puppy won the heart of a generation. Muriel, Eustache and Courage face challenges that only the intuitive, warm hearted dog can see. Will you protect others like he does? Or are you moody and naïve? What character could you play?