Are You Obsessed With Paul Giamatti? 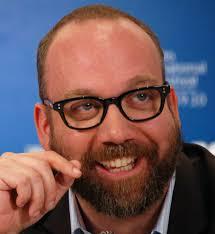 Paul Giamatti is an American actor. Take this quiz to test how well do you know him.