Gary Soto's 'too Many Tamales' 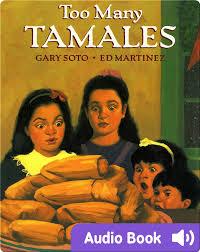 Whiles helping her parents, Maria loses her mum's diamond ring in the dough for tamales. She and her cousins decide to eat all the tamales and find the ring.