Do You Know The 13 Movie Characters? 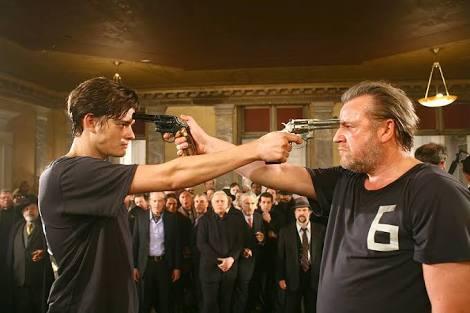 13 is purely a film about gambling. The film is based on the 2005 version; 13 Tzameti, which was Georgian-French. It was directed by Géla Babluani and it started the likes of popular music stars like 50 Cent and movie veterans like Jason Statham. Now, with all this said, have you perchance watched this film? Either way, we're going to jog your memory on the characters' real name a bit.

Questions and Answers
Related Topics
More 13 Movie Quizzes
Which Character Are You From The Movie "13?"
Which Character Are You From The Movie "13?"
Are you a big fan of the movie 13? Do you wish you were one of the characters living the fantasy life of a risk-taker who loves to make easy money even if it means possibly getting hurt or dying in the end? If yes, take our...