Which Reconmars Colony Are You In? 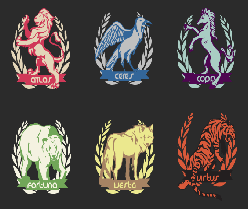 ReconMars is a crazy place split into 6 colonies. Where do you belong?

Questions and Answers
Related Topics
More Mars Quizzes
Test Your Mars IQ
Test Your Mars IQ
Mars, named after the god of war in Roman mythology, is one of the five planets well known to many of the world's ancient civilizations. Throughout history, it's been the subject of observation and speculation. But how...