Are You A True Breaking Benjamin Fan? 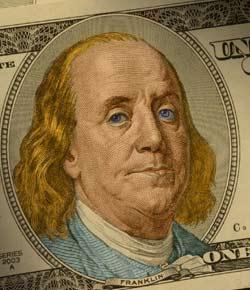 Breaking Benjamin is an American rock band from Wilkes-Barre, Pennsylvania. They have produced some awesome albums and some view it as a closeted alternative gospel band. The symbol of the band Breaking Benjamin is a Celtic knot design. Test what else you know about the band by taking the quiz below.

Questions and Answers
Related Topics
More Benjamin Franklin Quizzes
Ben Franklin's Autobiography, Poor Richard's Almanac
Ben Franklin's Autobiography, Poor Richard's Almanac
Benjamin Franklin was one of the founding fathers of the United States, an author; a music instrument designer and even created the phonetic alphabet. These are some of the interesting things that one gathers from Ben...