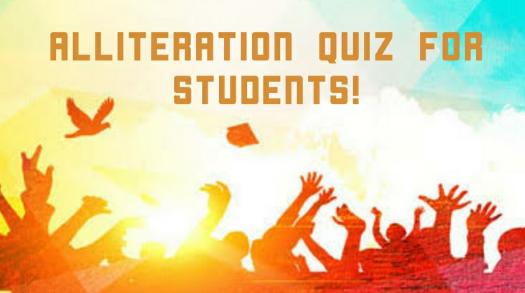 Alliteration is the continuous use of consonant sounds in words and sentences, mostly for the purpose of creating special effects as well getting the attention of the audience. It's been in existence for centuries and the importance of it especially in poetry. This short quiz is to ascertain you knowledge regarding Alliteration.

We have other quizzes matching your interest.
Simile, Metaphor or Alliteration ?
Start