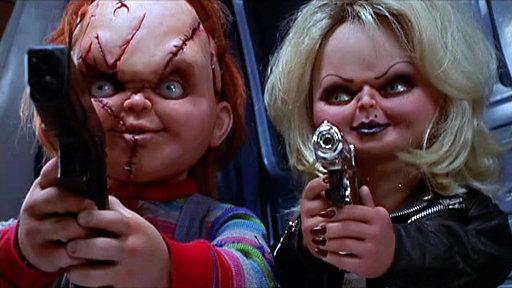 Are you a fan of the Chucky movies? Totally obsessed with that creepy doll that wants nothing else but the demise of others? Then you are probably really familiar with the Bride of Chucky movie. This one takes a humorous turn though and we know that if you enjoyed the movie, you will enjoy this quiz.


Questions: 8  |  Attempts: 393   |  Last updated: May 10, 2016
Seed Of Chucky Trivia Question Quiz
Seed Of Chucky Trivia Question Quiz
Glen, the son of Chucky and Tiffany, had a nightmare. In his nightmare, he murdered a little girl's parent. In reality, he was used and abused as a ventriloquist dummy. He later saw Chucky and Tiffany on the TV and he...