Which of the following animals are mostly found in Canada? - ProProfs Discuss
Login Sign Up Free

Which of the following animals are mostly found in Canada? 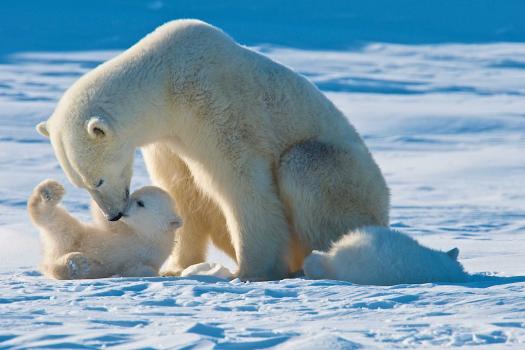 This question is part of How Many Animals Do You Think Live Here?
Asked by Osibisa, Last updated: Feb 19, 2020

Research shows that about 60% of Polar Bears call Canada home. They are commonly found in the North, and throughout the northern islands around Hudson Bay to the North Pole area. Other nations with a high number of Polar Bears include Russia, Iceland, Alaska (United States) and Norway.

Have keen interest in writing, traveller by heart.

Canada is one of the five existing polar bear nations. Because they are considered a marine mammal they live near water. Approximately 15000 polar bears are living in Canada which would be about 25 percent of the polar bear population within five regions including Alaska, Russia, Iceland, and Norway. Other animals are living in Canada, and there is an abundant wildlife population including, Geese, Moose, Deer, Wolves, Bears, Bobcats, and Mountain Lions.

The polar bear is the most popular and can be found in Churchill, Manitoba, and they are quite a tourist attraction. Canada is well known for preservation of the hundreds of species of animals there. The government is quite active with this, and many private organizations work to educate and preserve animal wildlife there.

Ask a Question Create a Quiz
×