What is the Mercury? - ProProfs Discuss
Login Sign Up Free

What is the Mercury?

It is the first planet to Sun. And it is one of the hottest because if it. But it is rather small. 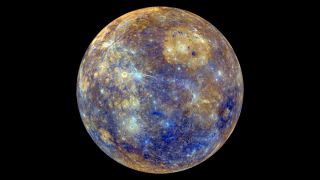 Mercury is defiantly not the hottest, it has no atmosphere so doesn't keep in heat like Venus.

Should i say the venus is the hotes't planet on oir solar system:

Mercury is the planet that is closest to the sun and therefore gets more direct heat, but even it isn't the hottest. Venusis the second planetfrom the sun and has a temperature that is maintained at 462 degrees Celsius, no matter where you go on the planet. It is the hottest planetin the solar system.

Mercury is closest to the sun, this is true. However, because of its proximity to the sun it lacks an atmosphere. Mercury's gaseous molecules reached escape velocity long ago and the atmosphere was 'burned off' leaving a vacant wasteland of rock with a similar surface to the earth's moon. There is nothing to hold in solar radiation, thus is flies out into space.

Venus is a different story. Its atmosphere is primarily composed of carbon dioxide - the primary green house gas -, which acts like a one-way door. The solar heat enters, but it cannot leave. Thus, an oven is created. This is why Venus has no water. Pictures suggest that Venus once had an aqueous environment, but because of climatic changes and intense heat.... it evaporated.

All of the Above.