The API is Live!

After months of development we have finally built and launched the ProProfs Project API!

Developers can now get their hands on the internal organs of ProProfs Project and build their own apps which interface with our API.

What does this mean to the non-technical person? It means that hopefully soon we will have the following types of apps:

The list could be endless – it all depends on how creative the developer community is.

So for the developers we have made a Developer Den where you can get documentation and other resources (which we’ll keep adding to). We’ll also put forums on there at some point.

If you want to get straight in there and get developing you can add your app by clicking on My Account and clicking on the Apps link. Or you can view the API reference for information on how to work with the API.

You will need at least a Solo account to connect to the API, but anyone can build and register apps.

We intend to keep building the API (at the moment you can do pretty basic stuff but hopefully enough to get you started), so we will keep you informed on the Developer Site when there are new versions of the API.

We also intend to build our own apps and start with building apps that can interact with well known 3rd party services such as HighRise, Basecamp, FreshBooks and DropBox.

One of the main reasons for releasing the API was so that we could focus on our core offering – which is the web based service plus the maintenance and hosting of the database, and let you guys develop the ‘kick ass’ add-ons. So even though we are really itching to build our own apps, our focus has to be on our core offering – so it might be a while before we do release our own apps.

If you feel like you want to beat us to it, go ahead! Build your own apps and let us know if you need any help or ideas.

How to Stay Up to Date

If you are just keen to follow ProProfs Project application development, just bookmark the Developer Site and watch it grow. We’ll add apps to the featured list, set up forums and keep the documentation up to date. We’ll also be adding a category to the blog specifically for Apps, so keep feed burning also.

Previous The API is Coming!
Next Eliminating Email From Your Workflow

What are Project Constraints and How to Manage Them 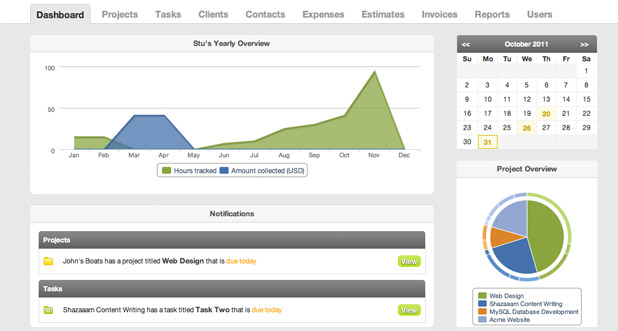 Why Use Project Management Software for IT Teams?