4 Game of Thrones Characters That Can Teach You About Leadership

Game of Thrones is a big show! How big you ask?

And those are just the people who watched it on T.V.

There are millions more who illegally download the torrents. It is the highest downloaded and searched T.V series on the internet.

Being a Game of Thrones fanboy myself, I had to include the mystical aura of the show in my daily corporate life.

Trust me, you will enjoy this post as it will take you on a ride through Westeros while teaching you a lot about leadership skills.

Apart from all the backstabbing, plotting, treacherous murders and even incest, the show is filled with vibrant and influencing characters. Sure, your favorite characters do get killed every now and then but that’s what keeps the audience engaged and leave them begging for more.

There are many characters you can learn from, I think each character is as real as you and me but when it comes to leadership and success, there are few that stand out because of their charisma and panache.

So, here are my 4 Game of Thrones characters that can teach you about leadership: 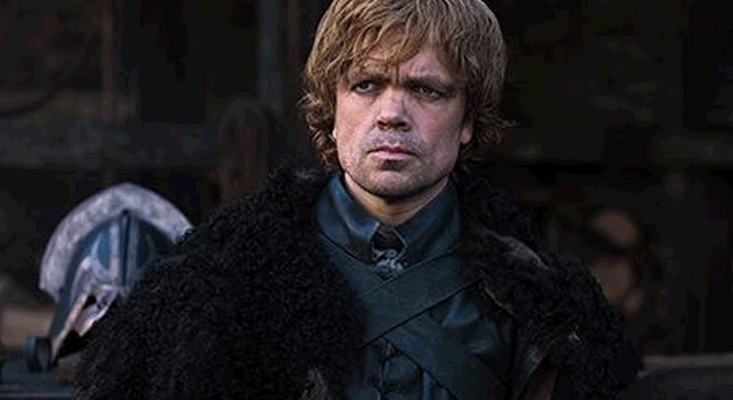 Tyrion is adored by the majority of the audience but in Westeros, it has been a hard time for little lord Tyrion.

Tyrion is always ridiculed as a “dwarf”, whether it is by his father, sister or anybody from the seven kingdoms. He is always looked down upon and considered “not capable” of anything.

When you are thrown in such situations where even your family wants you dead while the rest of the world making fun of you, it is quite easy to break down and give up - but not Tyrion!

During the first season, Jon Snow asks him, “Why do you read so much?”.

To which Tyrion replies, “My brother has the sword and I have the mind. A mind needs books like a sword needs a whetstone.”

In a world where men are expected to sheath a sword and fight battles, Tyrion had realized his limitations and his strengths. This is a sign of a true leader.

A leader or an entrepreneur needs to identify his own strengths and limitations, but what is more important is to accept those limitations.

You may not be like the rest of the businessmen around you but it does not mean you are anything less. Whether your project management strategies are different or you are using a different task management software, it really doesn’t matter if you know your limitations and strengths.

Lord Tyrion teaches us that different is always good!

Tyrion’s word of advice: “Let me give you some advice bastard. Never forget what you are. The rest of the world will not. Wear it like armor, and it can never be used to hurt you.”

Daenerys Targaryen - Listen to your team 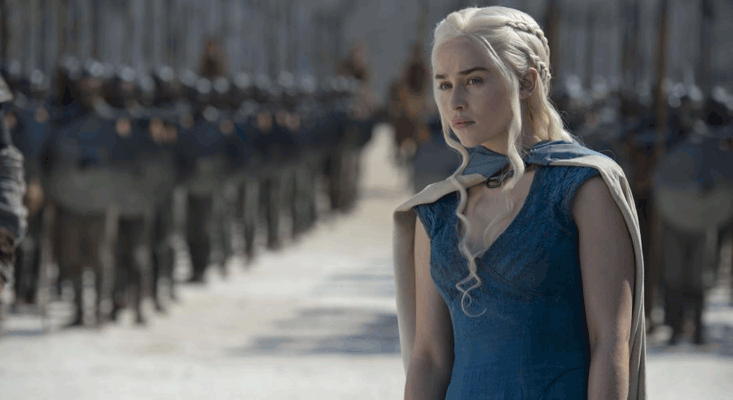 Daenerys has more titles than any other character in the show. From the queen of the andals, mother of dragons, breaker of chains, khaleesi of the great grass sea and what not, Daenerys has proven that she is a powerful leader time and time again.

After being mistreated by her own brother and being betrothed to Khal Drogo in exchange of an army, Daenerys overthrew a lot of people who tried to suppress her.

She is the only feminist in Westeros as she defends the honor of women a lot of times:

Daenerys: "Yes. All men must die, but we are not men."

Another instance of her defending women is:

"Woman? Is that meant to insult me? I would return the slap if I took you for a man."

Daenerys is the perfect example of anybody can do anything if they put their mind into it. She becomes the first woman to lead the dothraki clan. The only reason she was able to achieve all of that is because she trusted her advisors.

Whether you are collaborating with your peers in real life or you are using some online collaboration tool. In any case, it is important to pay attention to your team and include their expertise.

Another great trait you can learn from Daenerys Stormborn is to be fair. In the show, she has shown mercy to all the masters of Slaver's Bay, which is also a key characteristic of being a wise leader.

So, learn from our Khaleesi, be fair and listen to your team!

Daenerys’ word of advice: "I will answer injustice with justice." 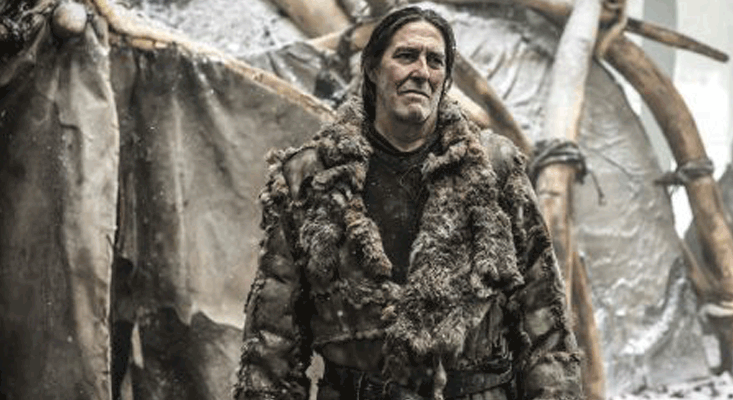 Even though Mance doesn’t last long and is brutally killed by Stannis Baratheon’s men at Castle Black, he still has to be one of the wisest and smartest leaders to have ever walked on the Westerossi soil.

Well, unlike other leaders who had royal blood and claim on the Iron Throne, Mance Rayder was just a wildling. He never considered himself to be a king or a leader, and that’s what made him one of the best leaders.

He dealt with people at their level, he never asked people to kneel in front of him and when Stannis asked him to kneel before him, his reply was:

“We do not kneel”

He could’ve said that I am a king or even used the word “I”, instead of “We”, giving him more importance but he did not.

Mance Rayder was not only a great leader because he broke the stereotypes. He is also considered great because he united 90 clans who were all against each other and seasoned them to fight in one army! Those are some badass leadership qualities.

“Do you know what it takes to unite 90 clans, half of them want to massacre the other half?”

This applies to all the leaders and entrepreneurs too. You don’t necessarily need to go by the books, breaking stereotypes is a sign of a good leader as long as you have a solid vision.

Also, to grow in your work field, you need to unite your team towards one goal. If your employees are working for the money then they would never put their heart in your vision. So, it is important to unite your team and make them feel a part of something higher than yourself and them; a good cause.

So, learn from Mance, break stereotypes and unite your team towards one goal.

Mance’s word of advice: “The freedom to make my own mistakes was all I ever wanted”

Tywin Lannister - There is always a way to win 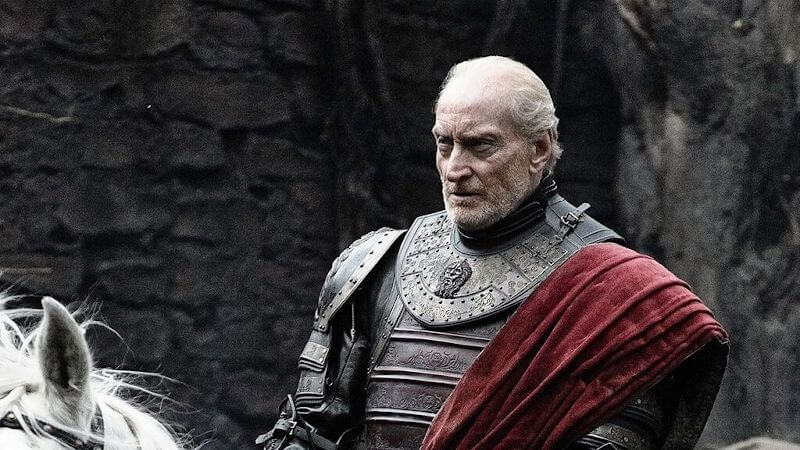 Tywin was hated by the majority of GOT fans but you can’t deny the fact that he was indeed the most disciplined and clever leader.

The time he defended King’s Landing from Stannis’ attack or getting rid of the Stark lineage, Tywin was always ahead of everyone. Staying ahead of your competition is always going to make you a better leader.

Tywin never lost any war irrespective of the odds, which literally made him an invincible leader.

Tywin showed his intellect and wisdom not only by winning wars but with words too. When Joffery yells that he is king, Tywin replies with his supreme intellect:

His wisdom reflected at a lot of times and one of such instances is again when he addresses Joffery:

“When your enemies defy you, you must serve them steel and fire. When they go to their knees, however, you must help them back to their feet. Elsewise no man will ever bend the knee to you.”

Tywin always found a way to turn odds in his favor, whether it was by forming alliances, wars or assassinations. Yes, for the fans he was a cruel leader but if you look at from his family’s perspective, he was doing the right thing.

“Some battles are won with swords and spears, others with quills and ravens.”

As an entrepreneur, you also need to adapt his ‘always finding a way out’ attitude. A great leader finds another path if one is blocked.

Another thing entrepreneurs can learn from Tywin Lannister is that ethics are equally important but not at the cost of your own loss. Being generous at the right time is always good to form good alliances with competitors.

So, learn from Tywin, there is always a way to win!

Tywin’s word of advice: “When soldiers lack discipline, the fault lies with their commander.”

There is a reason we enjoy fiction so much and the reason is that it reflects our morals and attitude from real life. The show and the characters are just a work of fiction, yet they teach us so much that we can apply in our real lives. The qualities of characters discussed in the piece can surely teach you something or the other about leadership.

Whether you are a project manager utilizing your skills on a simple project management software or an entrepreneur starting out your business at Kickstarter, these characters can surely inspire to become a better leader every day.

If you have your favorite Game of Thrones character, who has taught you something about leadership then please do share in the comments below and I’ll jump in the discussion. 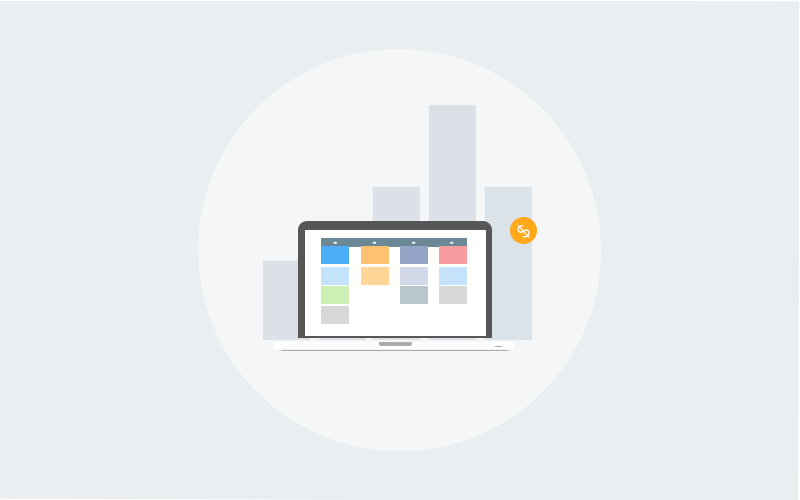 Emerging & Latest Project Management Trends That You Must Know

Kanban vs. Scrum: Which to Use?

5 Steps that Stomp out Stress