How to Unlock the True Potential of Social Listening

It is the age of customers.

It is the age of social media.

On average people spend over 135 minutes on social media every day.

Another fun fact: the number of users on social media is increasing too!

At around 2.89 billion, active social media users amount to over 35% of the human population.

Mobile social users aren’t too far behind either, 2.69 billion users use social media on their smartphones.

Such a platform where so many people gather has been unprecedented in human history. And what’s even more surprising is that these numbers are seeing a constant increase.

These numbers are just proof of the power that social media holds as a channel. And it’s no surprise that companies and corporations were quick to recognize this and have made their presence known on social media as well.

Be it a big established brand like Apple or your budding start-up; having a social media presence is important to the image of a company. That’s why companies have invested heavily in social media listening.

The Internet As A Communication channel

Can you believe it?

Ever wondered why terms like “omnichannel support” and “social media listening” gained prominence? This is the reason why!

So what is social media listening?

Imagine being able to reach all your customers directly and indirectly from the comfort of your favorite chair in the office. The ability to read and track what your customers are saying about you on all popular channels across the internet. That is social media listening.

That is why the internet is probably the greatest tool for marketers. Make use of the right social listening tools, choose the right channels and the right messaging, the internet becomes your greatest weapon.

But there are some rules to using this weapon too!

Be it social media channels or forums, here are some tips you should follow:

What Are the Benefits of Social Listening

Social listening can help you understand how your customers have taken to your latest PR campaign. Social media listening is important to brands as much as blogs and forums are to traditional news outlets when measuring the success or popularity of a campaign. It can also help handle PR crisis. Social listening is like a real-time feed of events during a PR crisis and can help manage such situations easily.

Everyone is equal. Some more so than others. Influencers are among those people. In an age where everyone can make their voice heard, some voices stand out. Social media influencers are the people others want to hear. Social listening can help brands identify these voices and convert them into brand advocates.

Newsjacking refers to the technique of injecting your brand into a breaking news story. The most successful example of this could be how Arby’s capitalized on one user finding a resemblance between Pharrel Williams and the hat in their logo. Josh Martin, the person responsible for handling Arby’s social media goes on to say that, “The impact of that one Tweet is mind-blowing. Our PR firm estimates that the advertising equivalency would be 84 million impressions with a $22 million price tag. It’s even outpaced engagement on Oreo’s Super Bowl Tweet. It was our “Dunk in the Dark” moment.”

Word of mouth advertising is still the most powerful recommendation you can get. And when that recommendation comes from people all over the internet, it’s hard to ignore. This is where user-generated content plays a big part. Internet is a cesspool of user-generated content. Social listening helps brands sift through this cesspool to find the exact things they require and use it as testimonials or even short posts on their social media handles and websites.

How to Improve Social Listening

Considering we can get everything we need, from feedback to reviews to customer wishes, does social media sound a death knell for traditional surveys and feedback forms?

While it does seem like that, but trust me when I say this, that it does not. Yes, it is easy to understand customer sentiment from online reviews and social media surveys.

No, they are not as in-depth as you would want them to be, nor are they as helpful.

But the internet is a goldmine of targeted market research when you combine customer surveys to your social listening strategy. The argument can be made that the feedback you would want in a survey would be the same if a person tweeted it out or made a post.

Well, but then are you tracking every possible tweet? Obviously! Considering you’re using a social listening tool, every mention is being tracked and reviewed. But are all those mentions useful to you? And are you actually reading the insights of every customer you’ve had through those mentions?

You aren’t – because most customers don’t take it to social media to announce their grievances. Most customers just walk away from a brand due to a single negative experience. And, capturing their valuable feedback to further improve as a brand becomes all the more challenging.

That’s why you need to create online survey forms and include them in your social listening strategy; to never miss out on a customer and their valuable feedback. Whether you’re interacting with your customers indirectly through posts and tweets or directly through live chats and direct messages, you can create an online survey and send feedback forms via email or push one at the end of a live chat. 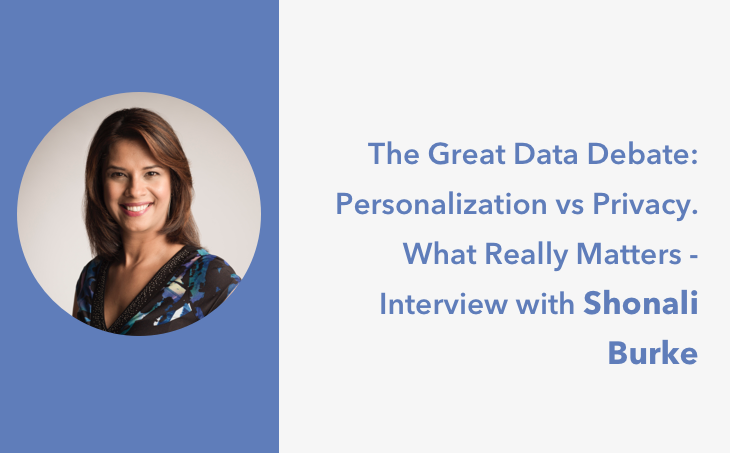 The Great Data Debate: Personalization vs Privacy What Really Matters

How to Implement Customer Service Policies for Your Growing Business