5 Cringeworthy Customer Service Experiences (and How to Avoid Creating Them)

We’ve all been there.

After making a purchase, you’re dissatisfied with a product or service. After being in touch with a customer service representative, the process becomes even more aggravating when a solution isn’t reached.

Inaction, rudeness and failure to take ownership of their mistakes – these are just some of the negative approaches to customer success that have left a black mark on many organizations. It doesn’t matter how much a business pulls in revenue-wise either; all companies are both equally susceptible to errors in judgment that leave a bad taste in consumers’ mouths.

Below, we’ve listed real-world examples of customer service gone horribly awry and offered up some universal lessons that can be gleaned from these stories. The underlying truth in all of them? Take your customer relationships seriously.

Whether it’s a lack of strong communication, an insensitive tone, automated replies or just a knowledge gap between the customers and the reps who serve them, forging an authentic rapport with clients are where revenues are won and lost these days.

In our digital-first age, negative word-of-mouth travels faster than ever, so preventable public displays of ineptitude should be avoided at all costs.

The best way to not make the same mistakes is to learn from those who make them. We understand that they may not be visible to all. But here’s a list of terrible customer service stories that will help you know what shouldn’t be done with your customers.

We start things off with one of America’s best-known corporations, Walmart. The retail giant found itself in hot water in 2014 after they refused to match a lower price listed on their own website for an item at one of their Atlanta locations.

Apparently, when a local father and his son went to the store to track down a Lego set, the staff told them that they didn’t match their own online prices. "I had to buy it on Walmart.com and do the free pickup option in the store to get the lower price," the father recalled. “My son and I stood there and watched as a different employee came a few minutes later, picked the item up off the shelf, and brought it back to the holding spot for pickup."

The catch? The dad in question could only retrieve the item the following day, even though he was standing in the Walmart when he completed the transaction online. It’s a lack of convenience that defies logical explanation.

The lesson: Always prioritize the needs of your customers over the policies that have been drawn up in a boardroom somewhere. There are going to be exceptions to those rules and new loopholes that are found; it’s how you deal with those scenarios and how you put the consumer’s satisfaction first that will help you retain clients long-term.

In 2015, Comcast was forced to apologize after a service rep changed a customer’s first name from Ricardo to “A**hole” when his wife refused to renew their contract. Seriously, it’s one of the terrible customer service stories that did happened.

Despite giving the customer a two-year refund and publicly showing some remorse for the actions of its employees, the story still made waves and went viral. Many thought the case was emblematic of Comcast’s reputation for consistently sinking to new customer service lows, even being named the most hated company in America in 2017.

In an industry where customer-facing staff members aren’t done any favors with head-scratching policies and lots of bureaucratic red tape, that kind of insensitive behavior won’t do your organization any favors.

The lesson: Empathy for customers is sadly not a given in the business world and, oftentimes, failure in this department stems from a lack of internal emphasis on that quality. Teach management to care about their employees and that sense of responsibility will be reflected by customer service staff when they deal with clients.

A Walgreens customer had a very good reason to be miffed about her experience with the drugstore mainstay: She had suffered chest pains that were the result of a store’s pharmacist filling her prescription incorrectly for almost a year.

When she wanted to be compensated for time missed at her job as well as medical expenses, Walgreens referred her to a third-party company and then ghosted her altogether, refusing to respond to messages.

Eventually, when an apology was issued, it was the kind of vague lip service that only led to more bad press being sent the company’s way. In the court of public opinion, that type of response doesn’t stand up to scrutiny.

The lesson: Don’t just take responsibility for your actions but do so in a way that accurately reflects the severity of the situation. Mistakes happen and sometimes they’re unavoidable; take the proper steps to show other customers that you’re moving towards actionable change. It’s always better than hiding behind insincere prepared statements, thus helping you create examples of good customer service stories.

As described in the NYT column “The Haggler,” a local woman encountered a customer service nightmare after purchasing a microwave oven for just over $216. It worked intermittently, requiring a company-approved service technician to visit her home five times, replacing certain parts more than once.

Whirlpool’s customer service response? The opposite of what you would’ve hoped.

Their team didn’t help her get a new equipment. Instead, they wanted her to wait out her 1-year warranty and go through another technician before an exchange would be considered.

Even after the column’s publication of the story gained traction, the company said they’d only give her a refund if she paid them to dispose of the machine as well as sign confidentiality clause. Both decisions made me do a double take while reading the initial report and I’m sure I’m not the only one.

The lesson: Don’t compound an upsetting issue by insisting on confidentiality clauses and requesting additional fees. Even if your business doesn’t make tons of money, the small monetary loss isn’t worth the PR disaster that could ensue. Weigh the pros and cons of a firm, policy-based carefully.

Remember that scene in “Pretty Woman” when the saleswomen in a posh Los Angeles department store talk down to Julia Roberts? Well, something similar happened in Australia back in 2011, when Gasp employees were downright mean to a woman who was shopping for bridesmaid dresses.

During a follow-up email conversation with management, the company doubled down on defending this toxic behavior, stating that the customer should “shop somewhere else” because she wasn’t “fashion forward.”

It didn’t stop there. The negative press coverage that made its way into European and Western markets was described by the retailer’s area manager called the viral exposure the “best thing that has happened to our business.” Yikes.

The lesson: Don’t normalize rude, tone-deaf behavior of any kind. Once it becomes part of a company’s fabric, that kind of reputation can be very difficult to shake, especially in the comments section of their social media accounts. Always take the high road. After all, you’d rather like to be on the side that creates examples of good customer service stories, rather than terrible ones.

To really understand your customers’ expectations, it is important to first see what the big names have done so far. By saying that, we basically want you to know what mistakes they’ve done and learn what you shouldn’t do to retain your customers. After all, you business is reliant on your customers and keeping them delighted is your number one priority.

That’s why we've compiled a list of examples of terrible mistakes that big names in the industry have committed so you could avoid making them again. Be the one who creates good examples and not the drastic ones.

These examples of customer service gone wrong are all cringe worthy at best but, when it comes to your business, all these snafus can easily be avoided. By making customers the priority when they have issues with a product or service, you’ll be promoting positive, productive discussion instead of a negative, toxic back-and-forth. Establishing your brand as a trustworthy entity that cares about their clients will go a long way to ensuring financial sustainability for years to come.

How to Use Email Surveys to Grow Your Business 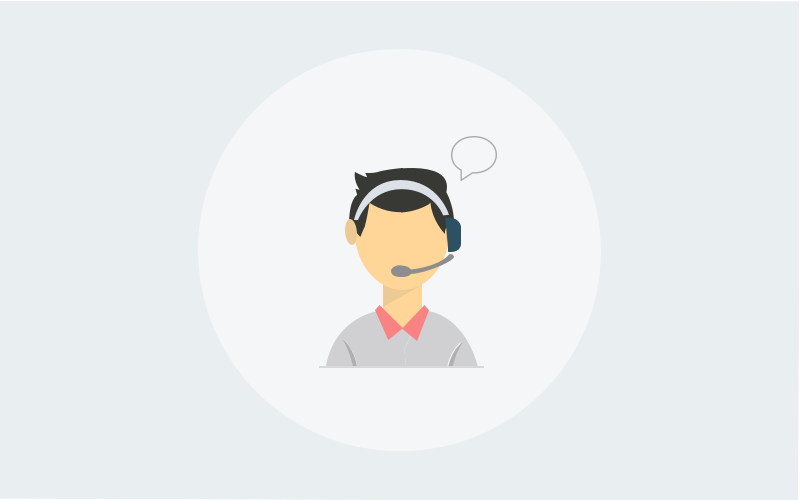